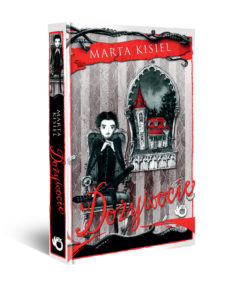 What can result from putting a naive angel, a sea monster who loves to cook, the ghost of a Romantic poet, four Slavic water spirits, a cat with very sharp claws and a peculiar rabbit all together in one house? As well as, of course, one human being — who is quickly driven to his wits’ end.

While reading about the adventures of this crazy gang in a gothic villa, you’ll laugh out loud. Sometimes you’ll be overcome with emotion, and other times you’ll think this absurd reality isn’t really that different, after all, from the reality we know.

This humorous best-selling novel by Marta Kisiel will win the hearts of all readers. Loads of smiles and great entertainment guaranteed. 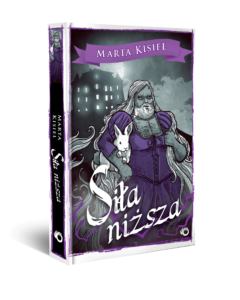 Respect your guardian angel – or you may get a worse one instead!

When life gives you lemons, make lemonade. But what if  it’s you who gets squeezed? Meet the old gang in new trouble. After the great fire that turned Lichotka into ashes the crumpled writer Konrad Romańczuk and Turu, a lighthearted Viking by choice, become to share a house in a city. The attic is inhabited by spectres with a tendency to get physical, the basement contains a body without any tendencies and the upper floor hosts one charming, although a bit lost guardian angel and another one, not so much a guardian as a prison guard, who’ll turn Konrad’s life into living hell.

And that’s only the beginning of a new drama — just wait till the baby shows up!

On the day of her mother’s funeral, Oda Kręciszewska notices a bit of a moustache in the mirror, which leads her to make some not very well thought-out, but quite good life decisions. 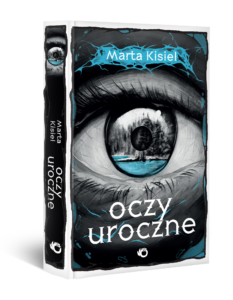 Where the angels can’t go, they send the devil.

The winner of the Janusz A. Zajdel Award returns with new culprits in the next instalment of her best-selling series!

The unexpected assault of winter brings equally unexpected problems. Someone or something is roaming the area, attacking random people. Meanwhile, Bazyl is clearly plotting something, and in doing so unexpectedly gains an ally, while Oda and Roch’s friendship is put to the test. But all of this pales in comparison to the mysteries from many years ago, hidden in the nearby cemetery… and the small pond in the heart of the dark forest.

The unrelenting night is coming. Time to die.